It is early July, well before this article goes online, yet the landscape is pretty clear from where I stand. The U.S. and China both raised tariffs on $34 billion worth of goods Friday, July 6. This did not deter the S&P 500 from continuing its charge up to the January 26 all-time high. To boot, unemployment is historically low and the Fed is set to raise rates twice before the year ends – all this amidst a stealth discretionary spending recession.

So, how about that trade war? Let’s recap. Most folks would agree that the free trade of goods would be best for all concerned. Goods would be less expensive and those that could not compete on price would do so on quality, leading to a beneficial improvement of goods. All is well and good until protectionism and nationalism rear their ugly heads. Some nations have goods that find it difficult to compete on the basis of price and/or quality. Globally, world leaders of such nations are unapologetic in pursuing their nation’s interests at the expense of others. In trying to avoid the image of the ugly American, we have often placed ourselves at a disadvantage. Nowhere is this more evident than in trade were our trading partners often have a clear advantage.

U.S. Census Data shows that we have a trade deficit with every trading region except for South and Central America and Australia/Oceania. At only $33.14 and $14.38 billion, respectively, the last four years and a combined trade of $310.44 billion this pales in comparison with the deficit for the rest of the world, -$844.66 billion, whose combined trade is $3.578 trillion. Below are 2014-2017 averages for most of the world in billions:

China is a case in point. Aware of the huge financial benefit that comes with their 1.38 billion consumers, they extract huge concessions from their trading partners, including the U.S. When they have not barred certain U.S. business sectors, they restrict or regulate business, place tariffs on goods, or coerce intellectual property release. Note this goes one way; there is no intellectual property sharing.

These noncompetitive business practices are not fair, but until now, U.S. companies have accepted them without much push back as the cost of doing business there. That is until Trump. What Chinese leaders need to realize is that they are not in a good bargaining position and the longer they hold out the more harm will come to their economy.

Here is why. Leaders of the government-run economy are well aware of their history and realize the huge Chinese population is not going to put up with poor conditions forever. To keep discontent at bay, they have a policy of inflated economic growth. According to Trading Economics, they have averaged 11.7% GDP growth for the past 10 years but chinks in their armor are showing. From the 2010-2011 heyday, where GDP grew 19% and 24%, growth has dropped steadily and sometimes precipitously. It was 5.56% and 1.14% in 2015 and 2016, respectively. Little wonder that worried central government figures have made a big push since then for increasing their global exports, including those to the U.S., resulting in a resumption of GDP growth to 9.35% in 2017. The prospect of increased tariffs, which would make their goods less competitive, runs afoul of those plans. China’s economy is struggling and their stock market is testament to that. The smaller Shenzhen composite moved into bear market territory in February and the Shanghai composite closed in bear territory on Tuesday, June 27. The indexes went as low as -26.5% and -25.0 on July 5 but have recently recovered to -22.5 and -21.2%, respectively, as global markets have climbed in tandem with U.S. markets. That is still in bear market territory, which will curtail much need foreign investment. Meanwhile, U.S. GDP is growing steadily, the economy seems to be healthy, and the stock market is nearing new heights. Trump can ratchet up the tariff game longer knowing he has more economic wiggle room. Moreover, he can inflict more pain to the Chinese economy than they can to ours.

To see why, let’s look at the trade numbers. The trade deficit with China has averaged -$358.68 billion the last four years in a rising trend. While U.S. exports have vacillated between $110-129 billion since 2012, Chinese imports have steadily increased from $315 to 375 billion. Last year the deficit was -$375.58 billion, of which $129.89 billion were U.S. exports to China and $505.47 billion were U.S. Chinese imports. Not only is trade unbalanced, so are tariffs. Prior to this year, U.S. tariffs on Chinese agricultural and non-agricultural goods were 2.5% and 2.9%, respectively, while Chinese tariffs on U.S. goods were 9.7% and 5% for the same. True, these had been going down from a 14.1% average prior to 2001 when China joined the World Trade Organization but that was part of the price and tariffs are much higher for some industries.

Below are the top 10 U.S. exports to China in 2017 according to the International Trade Centre Trade Map http://www.intracen.org/marketanalysis:

Together they account for 74.8% of all exports that year. Note that except for oil seed, mostly soybeans, the rest are non-agricultural products. But their tariffs are not the same and depend on how strategic the product is. For example, Chinese cars cannot compete with American ones so the latter have duties ranging between 21% and 30%. Compare that to a maximum of 2.5% for Chinese car imports to the U.S.

Therein lies the rub. The Chinese can only raise imports so much more on these goods, some of which have few suppliers outside the U.S. As a result, some of the announced tariff hikes are empty rhetoric with few teeth. Just as an example, China announced 25% tariffs on aircraft, but not all aircraft – just those with an “empty weight” of 15,000 to 45,000 kilograms. While it may seem like China is taking aim at Boeing, it turns out the stipulations only target older 737’s being phased out of production, while not touching the larger models comprising the bulk of Boeing’s trade. China desperately needs to grow their airline industry. It is estimated 7000 new planes will be needed in the next 20 years. With Airbus working at near full capacity, there is no alternative but to turn to Boeing for the remainder.

The same goes for soybeans, the bulk of Chinese agricultural imports. China is the world’s top pork market and they need soybeans for feed. It turns out Brazil and the U.S. are the top two global soybean suppliers. Brazil has been cranking up production for years and now constitutes 57% of Chinese soybean imports. This came mostly at the expense of the U.S., but Brazil does not have the capacity to make up for the remaining 31% in U.S. soybean exports to China. As a result, the planned 25% increase in tariffs will hurt Chinese pork farmers directly.

Ultimately, the sheer size of the trade imbalance will play in Trump’s favor. With $500 billion dollars of goods at risk for China vs. only $130 billion for the U.S., China’s fate is sealed. That is, provided Trump is persistent in raising the bar while keeping disgruntled American businessmen at bay. Historians may recall a similar unrelenting raising of the bar eventually caused Russia to capitulate during Reagan’s tenure. It does not help China that it is already running up against its tariff limit.

We are already seeing that endgame play out. Just four days after both countries raised taxes equilaterally, Trump announced 10% tariffs on $200 billion in Chinese goods. There was no equilateral retaliation China could muster after the late Tuesday, July 10 announcement. Instead, China announced it would hit back in other ways – probably by selling U.S. Treasuries, which would flood the medium- and long-term bond market causing bond prices to fall and yields to rise.

Regarding the latter, Trump’s victory will come at a cost. Bolstered by his success with China, Trump will continue to pursue his trade normalization agenda with other trade partners. Although trade is fairly balanced with the U.K., the European Union had a $173.58 billion trade advantage last year on a $839 billion trade. Not only that, but the E.U. has made it a habit to go after American tech giants it cannot compete with. Think Qualcomm in 2018, Google in 2017, Facebook in 2017, Apple in 2016, and Microsoft in 2013. Japan is on the same boat. Our deficit with Japan averaged -$68.59 billion from 2014-2017 and stood last year at -$68.88 billion on a $204 billion trade. Although government regulations have eased under Prime Minister Abe, Japan has a culture of impeding foreign investment, particularly in the financial sector. Moreover, they have high tariffs on dairy (up to 40%) and meat (38.5% on beef) products, which account for $6.1 billion of U.S. exports to the country. Trump has made it clear they are also in play and they have fired salvos in return.

Given the posturing by all parties involved, tariffs will be higher going forward than they were before. This will raise the price of U.S. goods abroad, making them less competitive. This will, in turn, impact earnings for our larger, international firms. Our stock market may be flirting with highs right now, but I believe this will be the catalyst to the market downturn as Investors, looking ahead, bid down these stocks. Moreover, tariffs on imports will inevitably lead to inflation. We are already at the Fed’s 2% comfort level so any visibility on higher inflation will incite the Fed to head it off by hiking fed funds rates beyond their current path. Their incentive to do so will be bolstered if China retaliates with a Treasury selling program, as higher 10-year Treasury rates relieve the Fed of yield curve inversion worries.

A stock market downturn will reverse the wealth effect we have been seeing recently on our economy and combined with export losses, this undoubtedly will lead to job losses and higher unemployment. On top of all that, the stealth discretionary recession we have been experiencing, will make itself clearly evident as U.S. peak spender populations continue to decline all the way until 2023. This is not an incident unique to the U.S. World population growth increased from 1946 to 1968, peaking at 2.09% per year that year, coinciding with the bulk of our Baby Boomer bulge. Since then it has been steadily decreasing until it reached 1.09% at the beginning of this year. Peak spenders are those 46-50 years old and if we take 1968 as the mid-point of their population zenith, they topped out in 2016. That is a main reason populous nations, like China, have been concerned with slowing consumerism the past couple of years. The upshot is we will see a global drop in discretionary spending for at least the next five years. This will result in an accelerated global economic downturn for the next five years and plummeting global stock markets for the next few years. 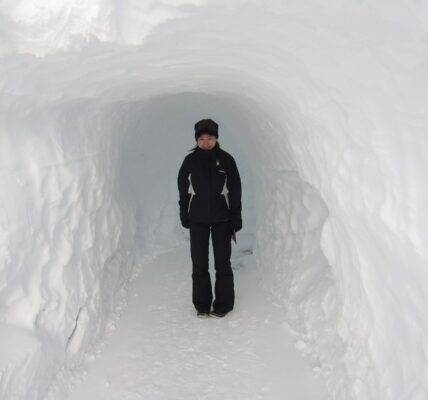